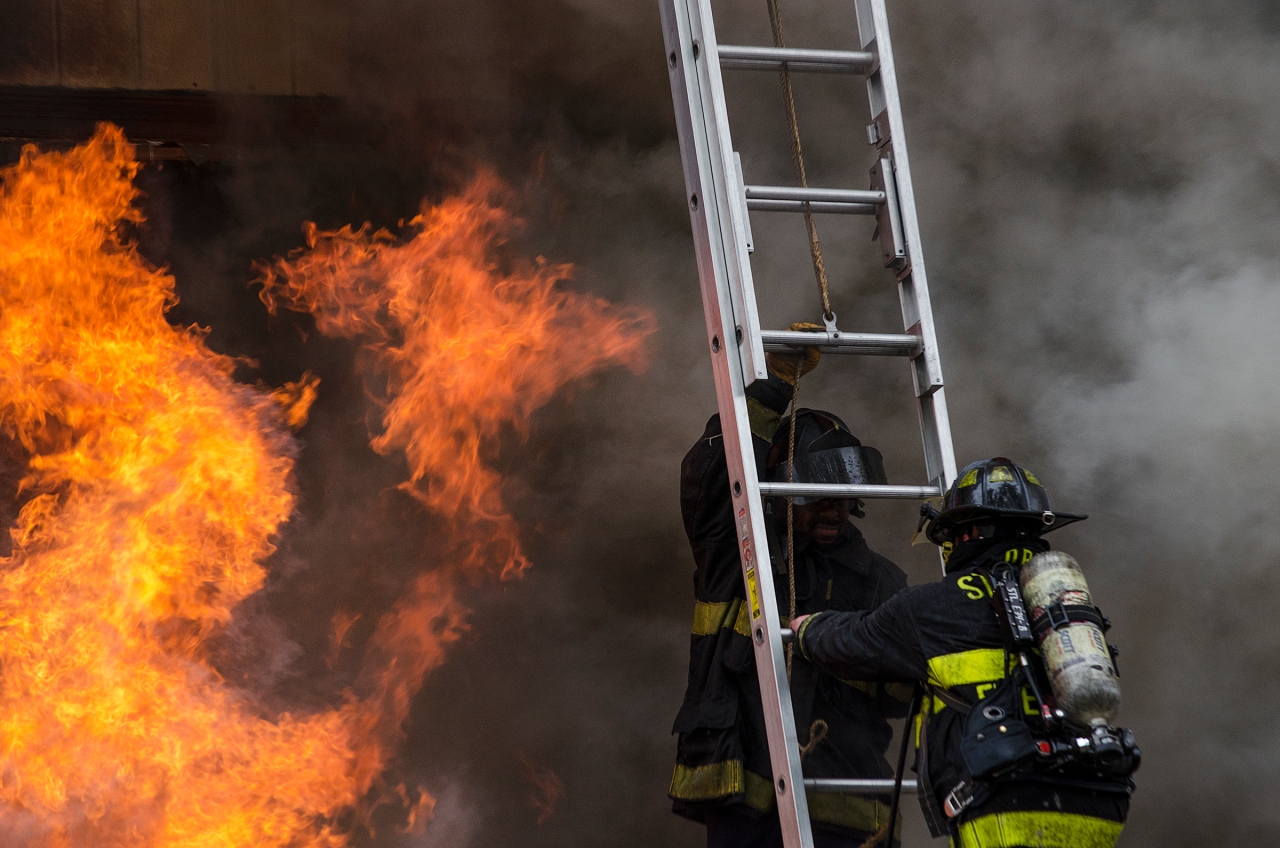 I was driving west on 44 a couple of weeks ago and noticed a thick grey smoke floating over the guardrail. I followed the smoke and was led to a house which was in the process of burning down. Not sure what started the fire, but something was inside steadily fueling the flames which were shooting out of a cellar door on the sidewalk and from the front door of the house. The firemen there were calm and generally unintimidated by the scene, but I couldn’t help but feel a bit unsettled wondering if I had left the stove on at my own house.

All photographs contained in this web site are © 2014 Max Bouvatte, all rights reserved. They may not be copied or reproduced without written permission.
Loading Comments...
%d bloggers like this: